Daniel Radcliffe Harry Potter The Lines The Others

Daniel Radcliffe thinks portraying a convincing widowed father will be a ''great challenge'' in his new movie 'The Woman in Black'. 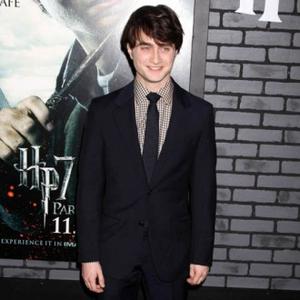 Daniel Radcliffe is worried people won't believe his portrayal of a widowed father in new movie 'The Woman in Black'.

The British actor - best known for his role of Harry Potter in the boy wizard movie series - will play Arthur Kipps in the new movie, an adaptation of the Susan Hill novel which has also been on the West End stage but is fearful fans will have a hard time accepting him in a new role.

He said: "I think it's one of the great challenges to get people to buy me as something else. [I'm playing a] father and widower, two things I don't have direct experience of."

However, Daniel is excited about the change in his career and has warned fans they can expect to be scared by the movie, which sees him play a young lawyer who must visit the estate of a deceased client only to discover he is not by himself in the house.

Daniel told Total Film magazine: "I would call it a character-driven horror film along The Lines of 'The Orphanage' or 'The Others'. It's slow -burning .and it's very, very scary. It's about loss, family and fear. The overriding sense of death pervades the entire film."