Daniel Radcliffe thought about quitting 'Harry Potter' after the second film and contemplated letting someone else replace him. 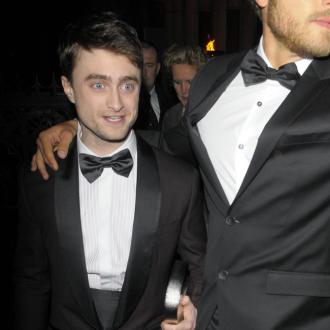 The 24-year-old star was catapulted into the spotlight as the boy wizard in the film adaptations of J. K. Rowling's popular children's books, and although he contemplated letting someone else replace him in 'Harry Potter and the Prisoner of Azkaban', he was having ''way too much fun'' playing the character and decided against it.

He told The Guardian newspaper: ''By the third film, I thought, if there's a time to get out, it's now; there's still enough time for another actor to come in and establish himself. For a while, I thought, if I do all of them, will I be able to move on to other stuff or should I start doing other stuff now?

''But in the end I decided I was having way too much fun. And actually there aren't many great parts out there for teenage boys, certainly not as good as Harry Potter.''

The star was left red-faced thinking about his acting in the earlier films as he was still mastering his craft.

Quizzed on what he finds embarrassing about the films, he explained: ''God! Loads of stuff. My acting lessons are there for all to see. That's essentially what the films are, us learning to act.''

Radcliffe believes he, Emma Watson and Rupert Grint - who played Harry's pals Hermione Granger and Ron Weasley - were all good at different things and had individual takes on acting.

He explained: ''Rupert was the most outgoing of the three of us; he had this confidence when it came to comedy and he still does. My tendency is to underplay stuff.''