Daniel Radcliffe can't wait to get a Tattoo now filming on the 'Harry Potter' franchise has come to an end. 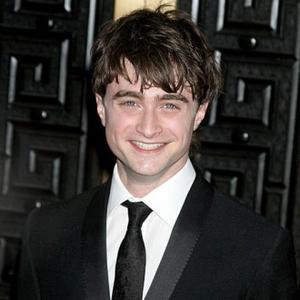 The 21-year-old actor - who shot to fame playing the lead role in the 'Harry Potter' franchise when he was just 11 years old - is delighted filming has finished on the movies as he can now do what he wants, and though he and co-stars Emma Watson, 20, and Rupert Grint, 22, discussed matching inkings, they felt they don't need any more reminders about the wizarding series.

Referring to the lightning bolt permanently scarring his character's forehead, he said: "I don't know what our tattoo would be, I assume it would be a scar.

"I definitely do want to get some tattoos, but I don't know if the first thing I would rush out to get would be something 'Harry Potter' related, because let's face it, I'm going to have this for the rest of my life anyway as it is, I don't need a tattoo that says the same.

"I want something I can grow into over the years."

Daniel recently finished working on the last of the films in the franchise, the two part 'Harry Potter and the Deathly Hallows' and revealed there were two particular pieces of memorabilia he wanted to keep.

He told US TV show 'Access Hollywood': "The glasses would be a good thing to have, and obviously the wand."

Daniel recently admitted he was an emotional wreck when he was saying his goodbyes to his cast mates and the crew.

He said: "We were all in bits. I've never seen Rupert Grint cry in my life but it was really emotional. When I saw him cry, it made me cry more. It's come to stand for my childhood, which I've said goodbye to. That innocent small boy has gone."