Daniel Radcliffe says his years of stunt training for 'Harry Potter' paid off when he had to shoot a fight with Jon Hamm for 'A Young Doctor's Notebook'. 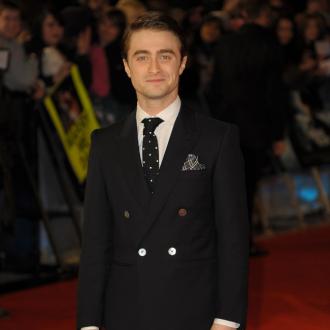 The 23-year-old star said the years of training for stunts on the set of 'Harry Potter' paid off on the set of the new drama series, as it meant he could give his older co-star a realistic beating.

Speaking of a fight scene with Jon, he said: ''I'm surprisingly robust. I've been training with the stunt department since I was 12 - I love all that. And I'm pleased because I gave Jon a good punch. I came out of it quite well.''

The four-part series - which sees Daniel star as a young physician trying to make his way in revolutionary Russia, but who eventually succumbs to drug addiction - also sees some gruesome scenes, including his sawing off a leg.

He noted: ''You assume once you're through the bone, the bulk of your work is done, but actually there's a huge chunk of muscle and fat as well.''

While parts of the series is shocking, Daniel takes it all in stride, pointing out he is no stranger to difficult roles after his racy nude turn in play 'Equus' in 2007.

He added to Shortlist magazine: ''It's not about shocking people for shock's sake, it's about doing good work and things that interest and excite me. I mean, I played a guy who simulated sex on the back of a horse when I was 17, and ['Harry Potter' fans] were fine with that.''