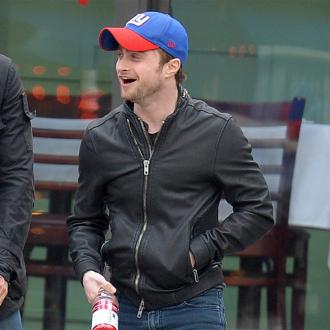 The 'Harry Potter' star grew up with his co-star but they haven't spent much time together since completing the final movie.

He told US OK! magazine: ''I haven't spoken to her in quite a while. I'm sure we'll see each other at some point. We were all together for 10 years, so we're excited to meet new people now.''

He said: ''I still sign 'Harry Potter' books, and I still meet people who are huge fans of the books and the films. I don't want that to drop off, really. But I think people are starting to see me as an actor who came out of that series rather than just Harry Potter.''

The 24-year-old actor isn't suspicious when it comes to making new friends but would never date a fan.

He said: ''That would be a horrible move. It would make me very strange.''

But he added: ''I've always had relationships. It's easy to tell if someone is genuine or not.''