Daniel Radcliffe visited a marijuana cafe, which is popular with a number of celebrities, during a trip to Amsterdam. 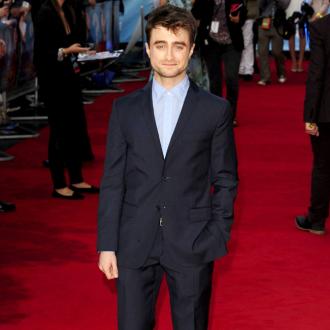 The 'Harry Potter' actor decided to stop by one of the famous cafes while visiting the Dutch capital and was seen looking very pleased with himself as he posed for a photo with two of its employees.

Joa Green House, a café where you can legally purchase and smoke cannabis, posted the image to its Instagram account with the caption, ''Say What.........(sic)''

However, it appears the 25-year-old hunk is not the only celebrity to have visited the café - which refers to itself as ''home to Strainhunters, International Celebrities and Cannabis Connoisseurs'' - as a number of other famous faces have also been spotted there.

According to the Joa Green House website, major Hollywood stars including Kevin Spacey, Pierce Brosnan, Burt Reynolds, Woody Harrelson and Wesley Snipes have stopped by in the past as well as other celebs such as Miley Cyrus, Gwen Stefani and Rihanna.

Meanwhile, Daniel has also been clearing some of his debts and has finally paid the Dublin Minor Football team back for a loan they gave him two years ago.

After enjoying a night out with the lads, he ended up going to a house party with the team and had to have them pay for his taxi fare home when he ran out of cash.

And just the other day former Dublin minor player Conor Mullally posted an image on his Twitter account of a letter from Radcliffe with a 50 Euro note attached.

He wrote alongside the snap: ''Two years later,Daniel Radcliffe pays us back the taxi fare from that infamous night #gent. (sic)''