Daniel Radcliffe would like to try becoming a director in the near future and he's got his sights set on an indie film. 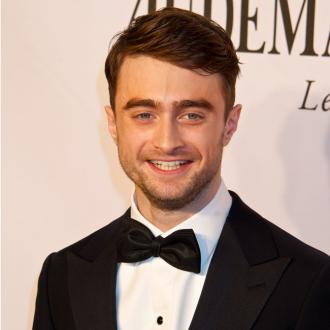 Daniel Radcliffe wants to try his hand at directing.

The 25-year-old actor would like to try sitting behind the camera, rather than in front, at some point in his career as he's developed a flare for visualising the artistic and dramatic aspects when he's been shooting a movie.

Speaking to Variety, he said: ''I would love to direct. I do it in my head when I'm watching other directors direct. 'No, don't say that to them!' I think I'm quite good with people. Part of being a director is knowing how different actors work in different ways. I'd enjoy it.''

The 'Harry Potter' star admits he's picked up the tricks of being a director after working with talent such as Alfonso Cuaron, Mike Newell and David Yates.

He explained: ''The mistake I see even the really good directors make is they assume they are the only creative person on that set.

''And actually, make-up artists are not just girls with brushes who put foundation on, and costume guys are not just there to stitch up accidents. They are all immensely creative people.''

However, the hunky star insists his directorial debut won't happen any time soon, but would more than likely be an indie movie.

He said: ''The last film to blow my f*****g mind was this film by Charlie McDowell called 'The One I Love.' When I watched that film, I was like, 'Yes, that's exactly the type of film I'm interested in making.'

''It's totally funny and creepy in a way that so few films manage to be.''