Daniel Radcliffe says he would be happier playing a Bond villain than 007. 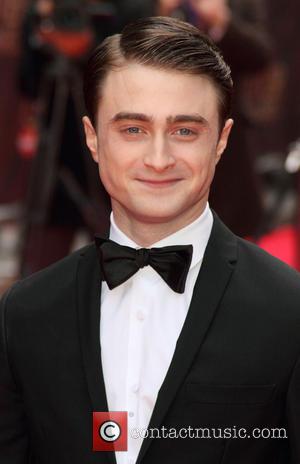 Harry Potter star Daniel Radcliffe claims he is aware of his slight stature and said, as reported in The Sun, that he was "never going to be cast to play a Bruce Willis character in Die Hard".

Since completing the Harry Potter films Radcliffe has gone on to appear, most notably, in The Woman in Black and Sky's A Young Doctor's Notebook. He frequently does theatre work; his latest role in Michael Grandage's The Cripple of Inishmann has received favourable reviews.

At only 5'5 the actor says he is "not nearly strapping enough to play Bond" but would be a "much better villain". Should Radcliffe be considered for a Bond villain he would be following in the footsteps of such actors as Antony Dawson (Dr.No); Peter Lorre (as Le Chiffre in the original Casino Royale) and Gert Frobe (Goldfinger).

Another Bond film, starring Daniel Craig as the secret agent, is in planning stages. It is rumoured Sam Mendes will direct the next Bond film. Whether Radcliffe will be given an opportunity to audition as the Bond villain remains to be seen, however, with his comments made today he has at least hinted at the possibility.

Many still see the actor as the small boy we first saw in Harry Potter and the Philosopher's Stone, however the Radcliffe's initial slightly wooden acting skills have developed considerably. Whilst many sneer at Radcliffe's comments it would be far more charitable to give the twenty-three-year old a chance.

Do you think Radcliffe would make a good Bond Villain? Could Daniel Radcliffe be appearing opposite Daniel Craig (pictured here at the Range Rover Sports World Unveiling Event) in the next Bond film? Reports that Sam Mendes will direct the next Bond film remain unconfirmed.