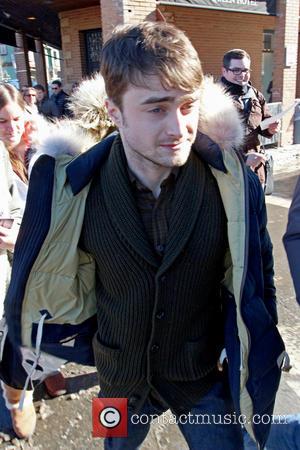 Erin Darke and Daniel Radcliffe were linked after Radcliffe and his ex-girlfriend Rosie Coker broke up last year. In fact, Darke was even included in the list of reasons behind the break-up. They haven't really been linked since, but at reports say that at the Kill Your Darlings premier they were getting pretty close!

As Life & Style reported last October, Radcliffe and Darke had definitely been 'seeing' each other, but that he ended the relationship very abruptly. "Erin thought it was a real relationship, going as far as introducing Daniel as her boyfriend," a source told Life & Style. But, he suddenly just "up and left... without a second thought. Erin was devastated!"

However, it seems that all is forgiven and forgotten as they were seen kissing  at the Grey Goose Vodka Lounge after the Sundance Film Festival's screening of the film they both appear in over the weekend. Radcliffe dodged the questions about the Darke rumours when speaking with People magazine, even seeming to forget who she was! "Erin? Oh, Erin Darke?" he said. "Yeah, the whole cast is here. It's fantastic." However, someone else seemed to let the cat out of the bag, telling People "They've been dating for a while, but have been debating going public."

So, are they or aren't they? Our money's on yes.