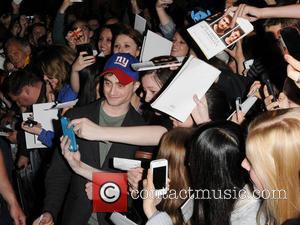 Daniel Radcliffe's supernatural thriller The Woman In Black garnered more complaints than any other movie released in the U.K. last year (12), according to new figures.

Bosses at the British Board of Film Classification (Bbfc) received 124 objections following the horror movie's release in February, 2012, pushing the picture to the top of the organisation's annual list.

Censors at the Bbfc previously ordered studio chiefs to cut six seconds of "strong violence" and "horror" from the final edit before agreeing to give The Woman In Black a 12A age rating, allowing younger audiences to see the film.

Men in Black Iii, starring Will Smith, also featured on the list after generating 50 complaints - partly due to its strong language and sexual innuendo - while 43 viewers submitted their grievances about The Hunger Games because of its "violence and theme".

One viewer also complained about classic family film The Railway Children in 2012 - 42 years after it was released.

The report reveals, "The correspondent was concerned that children may be encouraged to play on railway tracks as a result of seeing the film."