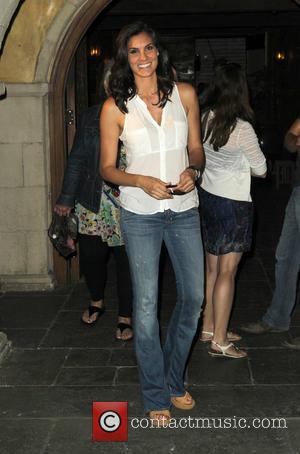 The NCIS: Los Angeles star is pregnant with a baby boy, who is due this winter.

She tells People.com, "I'm so thrilled about having a baby boy and starting a new chapter as a parent with David.

"It's amazing how in love I am with this little person I've only seen on a black and white screen. I'm starting my own family and there is no other feeling like it."

Ruah and Olsen met on the set of Ncis: Los Angeles. Olsen is brother Eric Christian Olsen's stunt double on the show.

The baby news comes less than a month after Eric Christian Olsen became a first-time father when his actress wife Sarah Wright gave birth to the couple's son, Wyatt Oliver.