Danielle Panabaker will be working both in front of and behind the camera for an upcoming episode of 'The Flash', it's been revealed.

Danielle Panabaker has earned legions of fans thanks to her performance as Dr. Caitlin Snow and Killer Frost on The CW's 'The Flash', and now the actress will be stepping behind the camera to make her directorial debut on an episode of the show's fifth season. She follows in the footsteps of fellow cast member Tom Cavanagh, who plays Harrison Wells, who sat in the director's chair for an episode of season 3, and another of season 4.

Speaking with ET, Panabaker revealed: "I am so humbled by this opportunity to utilise everything that I have learned as a storyteller to bring an episode of 'The Flash' to life. I couldn’t be more thrilled to have the chance to work alongside our extremely talented (and vast) team that works so hard to make each and every episode of the show. I wouldn’t be here without the support of my Flash family, and I am so thankful for this opportunity to continue to grow and challenge myself as an artist."

There's going to be a lot of exciting firsts in the fifth season of 'The Flash'. Audiences have discovered that Canadian actress Jessica Parker Kennedy is tackling the role of Nora; also known as Barry Allen (Grant Gustin) and Iris West's (Candice Patton) daughter from the future. Exactly how she'll play into the story remains to be seen.

Promotions have also been handed out to Hartley Sawyer and Danielle Nicolet, along with Kennedy, with the trio now becoming series regulars following their time as recurring members of the cast in season 4.

One thing that's still being kept secret however, is just who the main threat will be when 'The Flash' returns. Now that The Thinker has been defeated, Allen and his friends will likely find a new Big Bad to go up against, but The CW are keeping their cards close to their chest. We'll be keeping a close eye on this one.

We'll bring you more news from the Arrowverse as and when we get it. 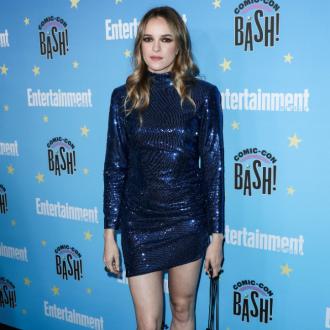