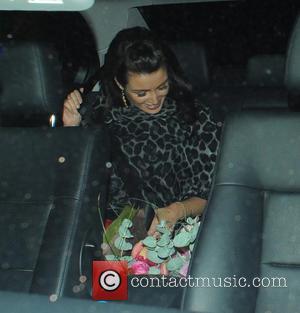 The pair showed off the new romance over the weekend (04-05Jan14) when they were seen strolling hand-in-hand outside a cafe near Bilgola Beach in Sydney, Australia.

They were also spotted enjoying the sun with Minogue's three-year-old son Ethan, her child with ex-boyfriend Kris Smith, and posing for pictures after asking a passer-by to take a snap.

Newman is a successful songwriter/music producer who has worked with The Veronicas, Jesse MCCartney and En Vogue.