Dannii Minogue Has A Baby Boy

Dannii Minogue has given birth to a baby boy - her first child with boyfriend Kris Smith - in Melbourne, Australia. 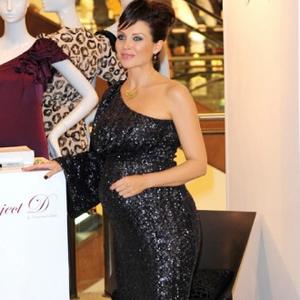 Dannii Minogue has given birth to a baby boy.

The singer-and-TV star - who moved back home to her native Australia to prepare for the birth of her first child with British boyfriend Kris Smith - delivered the tot in Melbourne on Monday (05.07.10).

The couple have named their son Ethan Edward Smith.

A statement released on behalf of Dannii, 38, and Kris, 31, said: "Kris Smith and Dannii Minogue are thrilled to announce the arrival of Ethan Edward Smith on 5 July 2010.

"Mother and baby are doing well and dad is very proud. They request their privacy at this special time to adjust as new parents."

Dannii previously admitted she never saw a baby in her future until she got pregnant.

She said: "I just never thought it was something I would do. I had never been broody. No clock was ticking. And I would never have wanted to do it unless I was in the right relationship. He felt like 'The One'.

"Kris loves me pregnant and that's a big, big help. You do have hormonal days and I think if anything was said that left me thinking, 'What did he mean by that?' it might have got to me. But he is loving every minute of it."

Dannii's sister Kylie is expected to head home to Australia later this month to meet her nephew.

While Dannii has not taken part in the audition rounds for UK TV talent show 'The X Factor' this year she is expected to return for the final auditions and the live shows alongside fellow judges Simon Cowell, Louis Walsh and Cheryl Cole.