Dannii Minogue thinks One Direction deserve their success because they are such nice guys and she has praised their generosity when meeting their young fans. 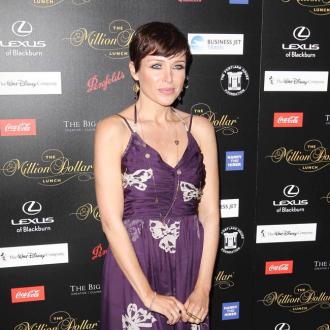 Dannii Minogue has praised One Direction for being such kind and friendly guys.

The reality TV judge thinks the boy band are ''amazing'' with their fans and deserve all their success because they made a fuss of her close pal's two children and gave them a VIP tour of the backstage area when they visited Dannii's native Australia.

She told the Daily Mirror newspaper: ''My friend has two daughters, 10 and 13, and we went in backstage, VIP. The 1D boys came out, met the girls and gave them books, pictures and posters. They were amazing. I thought they were the best thing at the Brits.''

Dannii - who has two-year-old son Ethan with her ex-partner Kris Smith - was still a judge on Simon Cowell's British pop star search show 'The X Factor' when the teen heartthrobs placed third in 2010 and has often voiced her support for the ''wholesome'' young stars.

She previously said: ''They are such good guys. The excitement around them is amazing. I think it's a bit of a return to wholesome pop music, which is nice.

''Now being a mum, I was standing at that concert and I was looking around at all the young girls thinking about their parents and thinking it's so great you know you can go to a concert like that and all the girls are just having a great time. The boys were just brilliant.''