"It's a disgrace": Danny Boyle on Maria Miller's Attitude to Arts and Culture 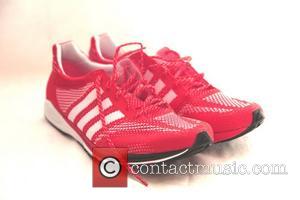 At an event organized by 23 of the UK's arts and culture leaders, Danny Boyle has spoken about his outrage and disgust at the attitude that Arts, Culture and Sports Secretary Maria Miller has to her own domain.

In a passionate speech, Boyle pointed out that Miller hadn't met any of the culture leaders present at the event, "Not one of [them] has been even approached by this woman. That is outrageous." He said, continuing "It's a disgrace: it is these artistic directors that are spending the taxpayers' money. And she's not met them. They are the people spending the money - she should be talking to them."

However, in contrast a spokeswoman for the Department for Culture, Media and Sport said that Miller "is a keen supporter of the arts and heritage, and has been all her life...She is very much looking forward to meeting more of our arts leaders."

Miller has supported the idea of community 'philanthropy' as a way of keeping the economy of theatres and the arts buoyed. This concept relies on the good will of the members of the community, which is obviously a flawed scheme when the wealth of each community is so differing. Leeds' area of Chapeltown for instance has an incredibly rich arts 'scene' which has been highlighted by Leeds Young Authors and their appearance in the excellent independent documentary 'We Are Poets'. However, both this area and the arts schemes that run in it have found difficulty with funding. Whereas, naturally, wealthier areas in London, Bath or Stratford would find funding considerably more accessible in Miller's philanthropy scheme. Indeed, as Boyle queried, "These are not communities where there is spare cash floating around. Where are the super-rich of Bolton, for example?"

Of community arts centres and theatres, Boyle said: "What they provide is something else to believe in. Something in our cities and towns that isn't Wetherspoons and Walkabout pubs and Mario Balotelli and John Terry." Adding that they "create communities, and these communities come together and make these big works of art like the opening ceremony".

Cuts to the arts are not in the least bit conducive to the economic growth that we require. While various forms of internal manufacturing have been relocated out of the country, a factor that has encouraged the country's economic downturn, the government should really acknowledge that tourism, which is largely an arts-lead industry is one of the country's greatest assets now. Not only that, but while the government harp on about broken communities and the need to rebuild them, the arts are absolutely the best platform to do this through. Let's hope Danny Boyle's speech and actions, alongside the other leaders of the industry, are influential.