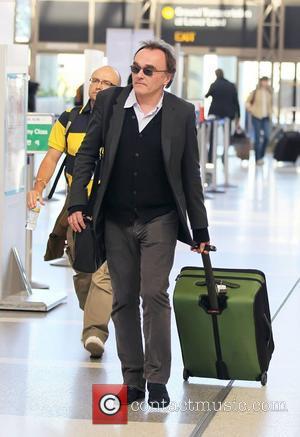 Everyone always remembers an unusual JAMES BOND Girl but the Queen really took the biscuit on Friday when she took part in a Bond-related skit for Danny Boyle's London 2012 Olympics opening ceremony. The Daily Mail have published photos of the moment that fiction and reality collided in a most spectacular fashion, with Daniel Craig, as James Bond, walking side by side with Her Majesty the Queen. According to the report, Boyle was unsure how enthusiastic the Queen would be to take part in the comedy sketch but she "jumped at the opportunity," apparently.
"Good evening, Mr Bond," the British monarch said to Daniel, as he was escorted into Buckingham Palace. He then accompanied her to a helicopter and she appeared to parachute onto the site of the London 2012 Olympic Games. We're under no illusions that that particular part actually took place, of course, but it still made for an entertaining spectacle. The rest of Boyle's ceremony has largely been deemed equally as successful as this royal highlight. Rowan Atkinson, as Mr Bean, was another favourite for those watching at home and if the recent changes in the iTunes charts are anything to go by, the musical performances were a popular hit as well.
Earlier today (July 30, 2012), we learned that Arctic Monkeys's cover of 'Come Together' by The Beatles has been steadily climbing up the UK singles charts. All of the performances were collated in a compilation album entitled 'Isles of Wonder,' which has also been selling well since its release online following Friday's ceremony.