Universal Pictures has announced that the 'Steve Jobs' biopic has an October release date. 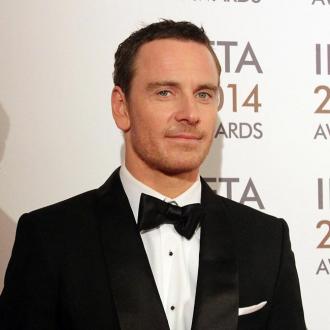 'Steve Jobs' will be released in October.

The movie - which is based on the biography of the late Apple Inc. CEO, co-founder and chairman - is expected to open in cinemas on October 9th, Universal Pictures have announced.

Production has only just begun on the biopic, with the film being directed by 'Slumdog Millionaire's Danny Boyle.

Aaron Sorkin has produced the script with guidance from Walter Isaacson, the man who penned the entrepreneur's official biography.

Michael Fassbender will star as the lead character and will be joined by a supporting cast that includes Seth Rogen, Kate Winslet, Jeff Daniels, Katherine Waterston and Michael Stuhlbarg.

The project suffered a few knock backs during initial production after Sony Pictures previously pulled out of the deal.

Other actors lined up for the lead role - including Leonardo Dicaprio and Christian Bale - had refused the part, leaving the project without a lead until Michael stepped in.

The film is expected to focus on three key points from Steve's life: the launch of the Mac, the takeover of computer company NeXT and the production of the iPod.

'Steve Jobs' will compete with comedy reboot 'Vacation', Disney's 'The Finest Hours' and 'Kidnap', which are all expected to be released in the same week.