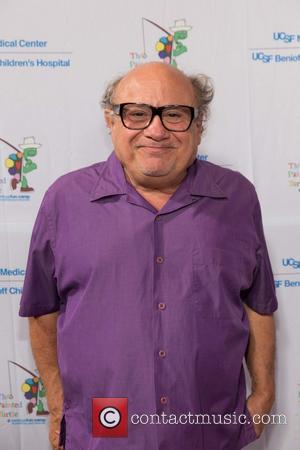 Danny Devito stepped in to save the day during a performance of new Off-Broadway show Hand To God on Sunday (30Mar13) when a rowdy reveller began heckling the cast.

The Hollywood funnyman was in the audience of the New York City production, which tells the story of a teenager led astray by a demonic puppet, when one female audience member began repeatedly shouting at the stage.

According to New York gossip column Page Six, the Matilda star approached the woman at the interval and asked her to quieten down.

A source tells the publication that DeVito "approached the audience member to delicately tell her that she wasn't watching Tv - this is the theatre, and that the actors could hear her."

The woman reportedly remained quiet throughout the second act.