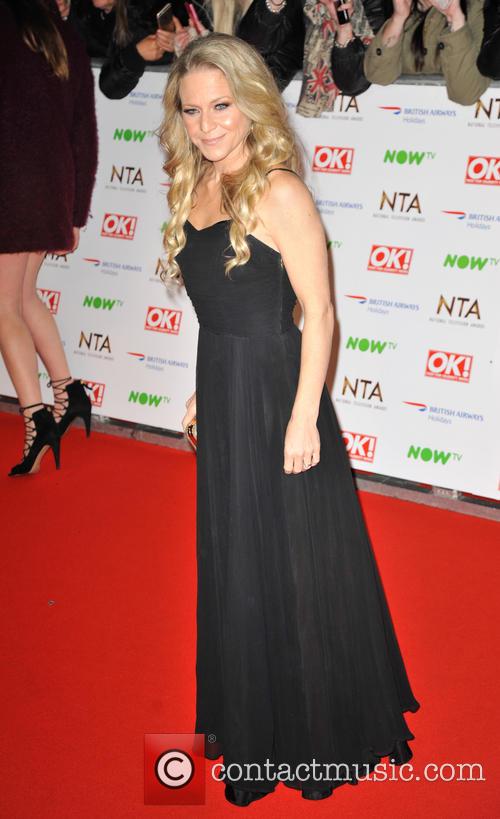 The EastEnders star, 39, announced the news on Twitter on Thursday (19May16).

Kellie, who plays publican Linda Carter in the popular BBC soap, writes, "Shhh... Don't tell anyone, but I'm pregnant! My hubby and I are over the moon & looking forward 2 meeting our little person in Nov (ember)".

In another tweet, she moved to reassure EastEnders fans that her pregnancy would only result in her temporarily being absent from the programme.

"And for those of you that want to know, I will be returning to @bbceastenders after I've had the baby," she adds.

Her character in EastEnders is the long suffering wife of Mick Carter, played by Danny Dyer. The couple first appeared in the soap in 2013.

Danny responded to his onscreen wife's baby news by joking that in Kellie's absence, Mick could cheat on his wife with one of EastEnders most senior characters, Dot Cotton, played by 89-year-old actress June Brown.

He replied to her pregnancy announcement on Twitter writing, "While you're gone I'm assuming an affair with Dot is on the cards."