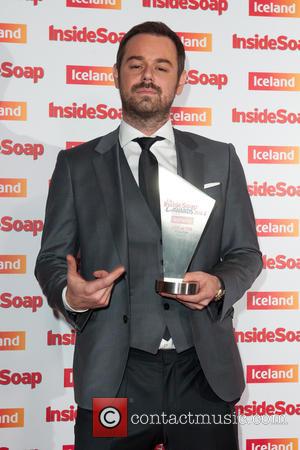 Picture: Danny Dyer - British soap opera stars attended the Inside Soap Awards 2014 which were held at one of Europe's premiere locations 'DSTRKT' nightclub in...

British actor Danny Dyer received a top prize at the annual Inside Soap Awards in London on Wednesday (01Oct14).

The Business star joined hit U.K. soap opera Eastenders last year (13) and was recognised with a Best Actor trophy at the prizegiving, less than a month after he picked up a top honour at Britain's TV Choice Awards.