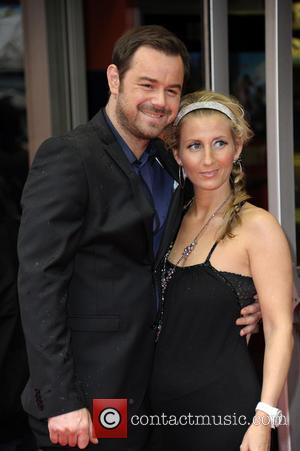 British actor Danny Dyer has hit back at false allegations he cheated on his girlfriend of 19 years, branding the reports "lies".

The Business star hit headlines in the U.K. over the weekend (21Jun-22Jun14) when editors at the Sunday Mirror tabloid ran an article alleging Dyer slept with a 21-year-old student behind the back of his long-term partner Joanne Mas, the mother of his three children.

He subsequently pulled out of a book signing session at a shopping centre in Kent, England on Sunday (22Jun14) and now he has dismissed the claims as false.

In a post on Twitter.com, he writes, "Sorry 2 (to) those who came 2 Bluewater (mall) today. I feel terrible. My family want 2 thank the Sunday Mirror 4 making this the best day ever #lies."

Dyer split from Mas in 2009 after admitting he had cheated. They reunited the following year (10).