Danny Dyer: Run For Your Wife is 'ultimate' British comedy

Danny Dyer has revealed his new comedy 'Run For Your Wife' is like a best of British comedy thanks to cameo appearances from renowned thespians including Dame Judi Dench. 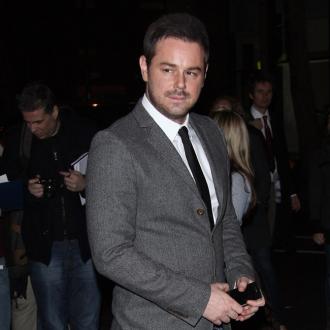 Danny Dyer thinks 'Run For Your Wife' is the ''ultimate'' British film.

The 35-year-old actor enjoyed shooting the upcoming comedy caper - which features cameo appearances from the likes of Dame Judi Dench, June Whitfield and Rolf Harris - and admitted being in the presence of such theatrical greats made him feel creatively inspired and more ''intelligent''.

Speaking at the London Evening Standard British Film Awards at the London Film Museum on Monday (04.02.13), Danny exclusively told BANG Showbiz: ''I loved it. It's a completely different film for me, I've never really done anything like that before. Just to be around the people that I was around - I love that lovey, thespian type of people.

''It's an unbelievable cast, it's ridiculous. We're celebrating the best of British tonight - this is the ultimate British movie. I just love being around them and that's why I love theatre, it's calming. It makes me feel intelligent.''

The 'Adulthood' actor stars opposite Girls Aloud singer Sarah Harding in the film about a London cab driver juggling two different wives, and said he was thoroughly impressed with the pop star's comic timing.

He explained: ''I think she's got a future as an actress. Obviously the Girls Aloud thing has come back but if she wants to, absolutely. It was a tough shoot, it's a tough style of acting to come straight into that, I know she's done some other stuff before that but comedy's difficult.

''And it's straight comedy, it's a farce, what makes it funny is that you play it straight. You can get a bit worried about the idea of not being funny and start thinking about things a bit too much. She dealt with it really well.''