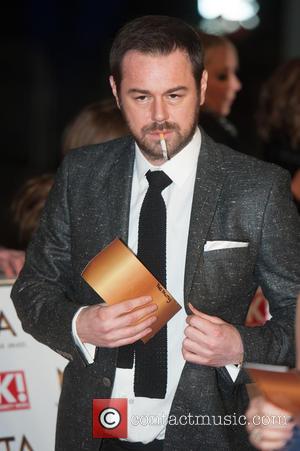 Picture:  Danny Dyer - A host of British television stars were photographed on the red carpet at The National Television Awards 2015 which were held at...

Hardman actor Danny Dyer soiled himself in his dressing room after filming a series of exhausting scenes for soap opera Eastenders.

The British actor, who plays pub landlord Mick in the hit show, became so drained while working on emotional storylines leading up to a dramatic episode on Christmas Day (25Dec14) that he failed to make it to the bathroom and made a mess backstage.

Dyer tells U.K. chat show host Jonathan Ross, "It affects your nut (mind), it does. Once every six months you smile. You cry most of the year, sobbing your heart out. I go to some dark places in my nut.

"They are real tears and I go home and I start crying. It was tough last year. They rinsed the life out of me. But towards the end of it, I did so many episodes I s**t my pants... I was so exhausted, it was like a crime scene in my dressing room. I had to give the cleaner extra readies (money) as I felt sorry for her. I do apologise. It was just doing all the Christmas stuff. It was so emotional I lost the plot."