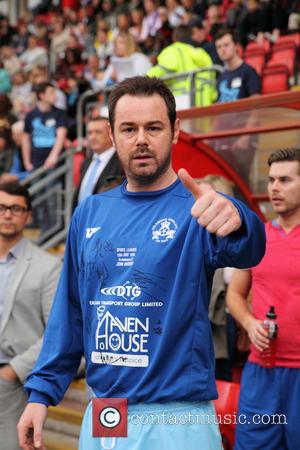 Sothcott's company has thrived on strong home entertainment sales and has Top Dog, directed by Martin Kemp, lined up for its 2013/2014 slate. The vigilante sequel Vendetta 2: Annihilation is a "large scale" action movie to be directed by Stephen Reynolds.

Watch the trailer for Danny Dyer's much derided 'Pimp':

Dyer - an actor who still commands big numbers thanks to his cult following - recently signed up for a role on Hollyoaks: Later. His latest movie - Run For Your Wife (2013) - still holds a score of 0% on the review aggregating website Rotten Tomatoes. Starring Denise Van Outen, Neil Morrissey and Girls Aloud actress Sarah Harding, the movie was ripped apart by critics to the point that it was almost incomprehensible that any living breathing human being would part with their cash to fund it. Peter Bradshaw of the Guardian wrote in his review, "The trouser-dropping 80s stage farce finally hits the big screen with Danny Dyer, to kill off any remaining British self-respect."

Dyer's previous efforts, 7lives, Catwalk, Age of Heroes, Freerunner, Basement, Pimp, Dead Man Running, Malice in Wonderful and Outlaw courted little acclaim, though it's worth pointing out that the British star has spoken publically of his disinterest in reviews. It's perhaps to Dyer's credit that he's offered so many roles - his movies sell extremely well on DVD and his shtick works well with the laddish action movie market.

He has made good movies. Severance was pretty fun. The Business, The Football Factory, Mean Machine and Human Traffic were all entertaining - Assassin could be his best yet.

The Danny Dyer-sneering was fun for a while, though when an actor is so settled into his comfort zone to the point where he literally couldn't give a damn what you think of his movie - then he becomes an easy target. The 48-year-old - who was personally asked by Harold Pinter to be in three of his plays -  told the Independent during an interview in April, "I'm not Danny Day-Lewis. I'm Danny Dyer. Daniel Day-Lewis takes a year out between parts to research. F*ck it - I haven't got time. I've got kids to worry about."