British Actor Danny Dyer Was In A "Desperate" Financial Situation Before Landing A Role In A U.k. Soap Opera And Could Barely Afford The Cost Of Travelling To Meet The Producers. 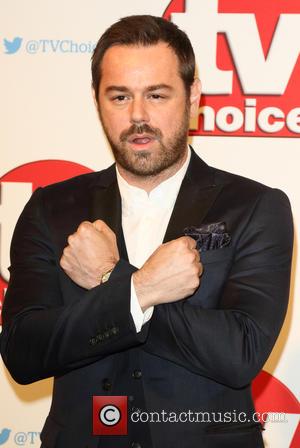 The Human Traffic star, who has also appeared in movies including Mean MAChine and High Heels and Low Lifes, fell on hard times as his film roles began to dry up.

However, he recently experienced a career comeback after landing the role of a pub landlord in long-running British drama series EastEnders.

Danny has now revealed he was so broke before scoring the part, he struggled to scrape together the travel money for the meeting with producers, and feared he would be left humiliated if they expected him to buy them a drink at the tryout.

"They rung me up and said 'Listen, we want you to come in the show, take over the Queen Vic (EastEnders' fictional bar)'. At the time I was skint (broke) and I just had about enough petrol money to get there, that's the truth," he admits during an appearance on U.K. TV series The Jonathan Ross Show.

"They thought I was a multi-millionaire and I met them in the hotel and I walked in absolutely skint, not a bean (penny) about me (sic). I thought, 'I hope they don't ask me to get them a lager because I've got no dough (money)'...

"I was like, 'Wow, I want to do a cartwheel in front of them' but I thought, 'Play it down, don't show your bolt too early (sic).' I went, 'I'll think about it' and then I walked out and I did a couple of backflips on the way out! I played it right down, I didn't want to look desperate and I was desperate."

The actor goes on to admit he could have ended up working as a labourer in the construction industry if he had not landed the soap role: "I might have had to go and load skips... I just couldn't catch a cold (win a part), I was doing nightclub appearances."