McFly singer Danny Jones will have six best men - including his bandmates - when he marries Georgia Horsley later this year.

Danny Jones will have six best men when he gets married.

The McFly singer won't be short of support when he marries Georgia Horsley this summer as he has asked several of his friends - including bandmates Tom Fletcher, Harry Judd and Dougie Poynter - to be by his side when he ties the knot.

''We're like brothers. Our backgrounds are so different but we all got on so amazingly well.''

The 'Shine a Light' hitmaker proposed to his beauty queen girlfriend in July, but admits he kept finding excuses to delay popping the question.

He told the new issue of Britain's HELLO! magazine: ''We want to move house and I had this idea I'd put the engagement ring on the keys to a new house, a double whammy.

''Then I thought, 'Maybe I'll propose on my birthday.'

The 27-year-old star says his relationship with Georgia - who he has been dating for four years - is ''effortless'' because they get on so well.

He said: ''She is just the happiest person to be around. It's so effortless. And she understands my banter.'' 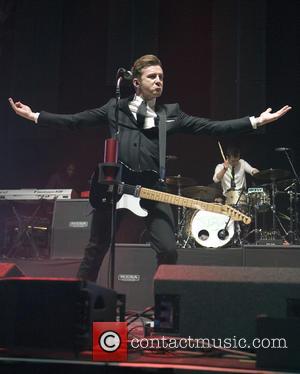