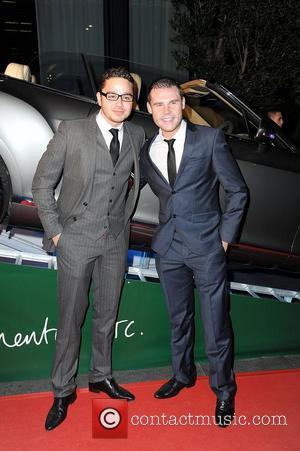 Danny Miller has been forced to cancel an appearance switching on Christmas lights following his involvement in a car crash. The 20 year-old 'Emmerdale' star was on his way to the light switching on ceremony in the southern city of Reading, UK when he was in a collision, being taken to hospital for a check-up as a result.
The UK's Daily Mail reports however that thankfully Miller is in a good condition, with the actor taking to his Twitter account to reassure fans and apologise for the subsequent no show in Reading. "Reading! I am so so sorry for not being there today. Truly. From the bottom of my heart! I've had a check up after the bump and everything's fine", Miller tweeted, going on to add "Bit of swelling on my knee but nothing to worry about. I'll make it up to you somehow. I am so so sorry!!" His place was taken by 'Snatch' actor Andy Beckwith, with the soap actor set to return to festive light action in Durham this weekend alongside fellow 'Emmerdale' cast members Lucy Pargeter and Dominic Brunt.
Miller had previously confirmed he was to quit the soap in 2012, stating "It has been an incredibly difficult decision but after three years playing Aaron and much soul-searching I am eager to explore other roles."