The Voice judge seems to be getting the concept of the show all muddled up... 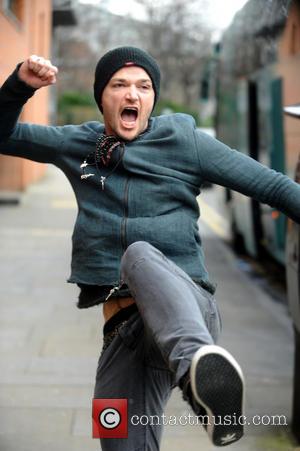 Danny O’Donoghue seems to be the only member of the judging panel on The Voice that can’t be bothered to keep up the pretence. Once that chair’s turned around and they’re done listening to the timbre of the contestants’ voices, Danny’s pretty clear: if they’re a pretty girl and he’s pressed his button, he’s a happy man. If they're pretty and he hadn’t pressed his button, he starts slamming it wildly in frustration, saying things like “oh, no, I’ve made a big mistake.” See – he doesn’t even pretend it’s all about the voice.

Last year, Danny got pretty close to one of his team, Bo Bruce. Like, really pretty close, if the rumours are to be believed. So far this season he’s already been told off by show producers for legging it backstage to chat up a family of young women and now, it seems, he has his eye on former Hollyoaks actress Alice Barlow, who has decided that she wants to try her hand at a singing career. “She’s a lovely-looking girl,” the Irishman said, before Tom Jones threw out a timely reminder of what they were there for. “Yeah and she can really sing,” said Sir Tom. Sadly for Danny, Alice isn’t interested, as she has her own fella back home. “It is very nice of him and really flattering but I have a boyfriend,” she told The Sun. Sorry Danny, better luck next time. Or… you could just leave out the flirting and focus on the voice…?