Danny Wood wants New Kids On The Block to have their own Las Vegas residency. 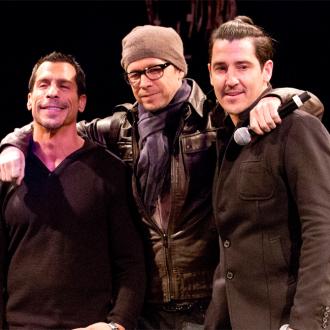 Danny Wood wants New Kids On The Block to have a Las Vegas residency.

The 45-year-old singer thinks the pop band - who are currently on their 'The Main Event' tour with Nelly and TLC - would be perfect for an extended run at one of Sin City's top hotels and is hoping they get an offer to create their own house show.

When asked if he'd be interested in a residency, Danny told the Las Vegas Sun newspaper: ''I would love it! When we're in Las Vegas, the people treat us so nice. And to go from your room to the elevator to do the show, it doesn't get much better than that. I would love it, but it's a matter of when and different schedules of a group of guys doing different things. But I think that we would love to do it.''

And Danny is confident he wouldn't be tempted by the distractions that Las Vegas has to offer if the guys were working in the city for an extended period of time because he's already partied enough after three decades in the music business.

The 'Hangin' Tough' hitmaker - who performed with NKOTB at the Mandalay Bay Events Center in Las Vegas last week - said: ''I don't do anything (when we're in Las Vegas)! It's go and get some sleep time. The tour prep, that's when the real work is done and my focus. I don't gamble or party; I am focused on the show's opening night, then moving on to Anaheim (where we're next playing).''