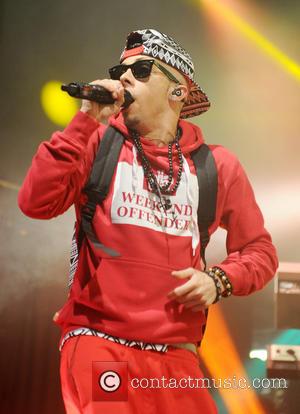 British rapper Dappy is determined to turn his life around after reuniting with the mother of his two sons.

The former N-Dubz star has had an on/off relationship with Kaye Vassell over the years, but they are now back together and he is determined to make the relationship work.

He tells Britain's The Sun newspaper, "I'm back in the house and it's great to have kids running about. If I marry someone it will be her one million per cent... "

Dappy has racked up three assault convictions over the last few years stemming from a series of bust-ups, but he is adamant he is a changed man after taking anger management classes, adding, "I'm not a monster... It's all to do with me having confrontations with other boys. They shout out things at me like, 'F**k your mum' and 'Dappy you c**t'. And because I've felt low I haven't been able to control myself. But I've had anger management and come out the other side... I'm just a good family boy."