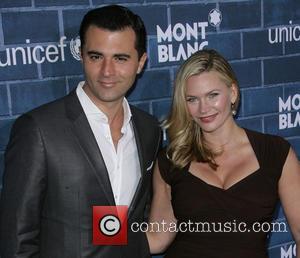 Picture: Darius Campbell and Natasha Henstridge - Montblanc and UNICEF celebrate the launch of their new 'Signature For Good 2013 Initiative' at a pre-Oscars charity brunch...

Scottish star Darius Campbell is heading back to his native U.K. following his split from Natasha Henstridge after landing the lead role in a new West End musical.

The singer/actor confirmed this week (beg22Jul13) he is set to divorce the Species star after two years of marriage, and it has emerged he is leaving his adopted home of Los Angeles and heading back to Britain for a new stage role.

Campbell will star in London stage show From Here to Eternity, which begins its run at the Shaftesbury Theatre on 30 September (13).

Reports also suggest Campbell is planning to resurrect his music career by starting work on a new album.

A source tells Britain's Daily Record newspaper, "Singing remains Darius' big passion. His new record will be out in spring next year and will surprise a few people." 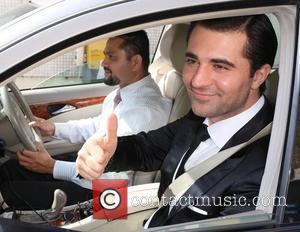