The Hootie and the Blowfish singer has responded admirably to the online racist.

Darius Rucker racist tweet has caused an outcry among the Twitter-verse, with the Hootie and the Blowfish singer receiving a rather uncalled for, to say the least, reply to his recent live cover of a Bob Dylan song. The song, 'Wagon Wheel,' was originally penned by Dylan, but achieved it's highest form of recognition when Old Crow Medicine covered the track nearly a decade ago.

Darius tweeted a thank you to Dylan and OCM for letting him use the song, his tweet reading; "To Bob Dylan and my friend Ketch Secor and all the boys @crowmedicine thanks for an amazing tune. OCMS is the friiggin real deal. Much love." Darius Rucker gave a reasoned response to the racist outburst

However the singer could hardly have imagined the response from one particularly intolerant (and musically uneducated) Twitter reveller though. "@dariusrucker Leave country to the white folk," wrote one unsatisfied and blatantly racist Twitter user, with the comment earning a deserved response from an understandably angry Rucker. Rucker's response went like this; "Wow... is this 2013 or 1913? I'll take my grand ole Opry membership and leave your racism. Wow."

Needless to say, the whole ordeal has whipped up quite a storm among the online community who are outraged at the comment and full of praise for Rucker's reasonable and restrained response. Darius currently sits at the number two spot on the Billboard Country charts with his version of 'Wagon Wheel,' with the song having peaked at the number one spot. Not that it needed any more condemnation, but looks like the Twitter troll couldn't have been any more wrong. Darius' cover has been well received, by most 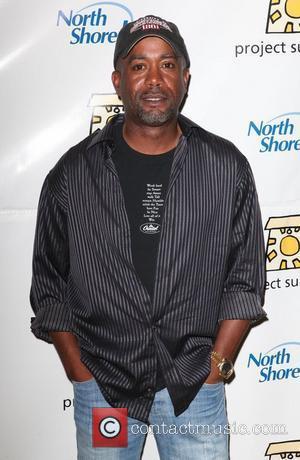