By Ruth Buxton-Cook in Music Reviews on 06 February 2015

English rock band Darlia are set to release their mini album, 'Petals' in February 2015, having already given fans a little taste of what's to come. Anticipation is, of course, high, as this will be a perfect hint of what the band has to offer in the future. 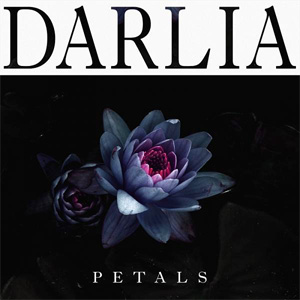 Frontman Nathan Day's raspy, prevailing voice is works well for the music he and his fellow band members, Dave Williams and Jack Bentham, produce together. Even featuring acoustic versions of 'Pandemonium' and 'Candyman', 'Petals' gives a real insight into the raw talent of Darlia. It exudes a strong 90s vibe; a refreshing blast from the past but with a modern twist to it.

'Stars Are Aligned' flawlessly opens the album in a style reminiscent of Blur, building up the very British rock that is Darlia. The guitar riffs and stomping rhythm grips you, especially in 'I've Never Been To Ohio'. Nathan's voice is a satisfying match to the instrumental, and is especially effective on 'Dear Diary', where the soft guitar is most complementary. The drums pick up with the beat, blending the song smoothly together, creating a real gem for the album. 'Say Your Prayers' has a similar gentle sound, toning down the collection, but still a dazzling addition. Each number has a fading, ambigious intro, giving no indication as to how the song will develop, but each time you are not disappointed with the outcome. 'Queen of Hearts' has very pleasant vocal harmonies which follow a show stopping drum and guitar solo alongside the lyrics, "I couldn't see through glass, all in all I was afraid". The powerful string solo features in most of the tracks, but is yet most prominent in 'Candyman'. This heavy track is a genuine head-banger, and provides the listener with the most fulfilling taste of Darlia's modern fusion. The final two tracks are acoustic versions of 'Pandemonium' and 'Candyman', and it's a real treat to hear Darlia's talent without the hefty rock supporting their lyrics. Nathan Day's intense voice oozes British talent: a treasure of an album finale.

From the opening moments of Darlia's 'Candyman' EP, you can tell that Darlia are a band that exude confidence and, from then on, you know that you're in for something good. The opener and title track makes you sit up and pay attention with loud, grungy riffs that contain lots of fuzz and string bends. There's been a strong buzz around Darlia recently and, on the strength of this song, you can tell that hype is deserved. 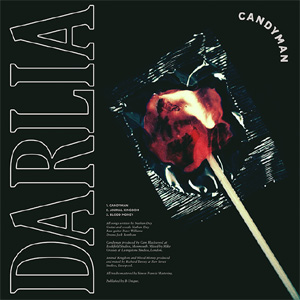 The second song 'Animal Kingdom' is much calmer in comparison due to lighter sounding guitar that pleasantly drifts along accompanied by its memorable "I wanna know, what you know" lyric. The third and final track 'Blood Money' is a nice middle ground between the two previous songs. Not as in your face as the title track, but much more energetic than 'Animal Kingdom' with guitar riffs and noodles that wouldn't sound out of place on an early Arctic Monkeys album. The vocals on the 'Candyman' EP are raw but melodic which suits the slack grunge Darlia appear to have mastered.

The Seattle grunge of Nirvana and pure Britishness of bands like Blur combine to make Darlia's music something quite unique for our time. This is surprising given that in a recent interview with Contactmusic, frontman Nathan Day claimed that he'd 'never listened to any Nirvana albums before' and that he's only ever bought two albums in his life: 'One was Definitely Maybe [Oasis] and the other was Babyshambles'. At the same time though, they sound fresh and ultra modern, so if you're into 90s guitar driven music, you'll like this very much. 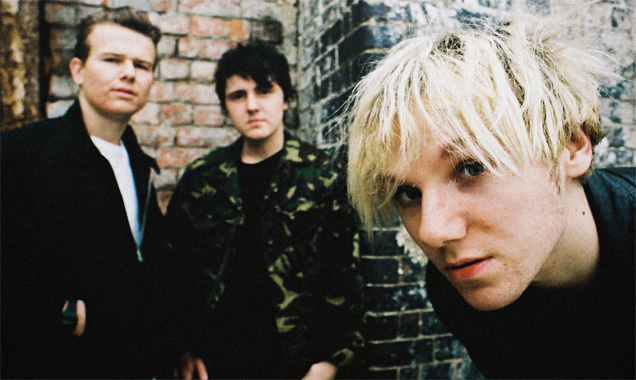 Lancashire three-piece Darlia moved from Blackpool to Manchester to really launch their music career, and now it seems they're at the top of their game with their 'Knock Knock' EP causing a stir and their UK headline tour coming up later this year along with their summer festival run.

We caught up with Jack, Nathan and Dave at Live At Leeds 2014 to discuss new experiences, how they got together and why they don't need synthesisers.