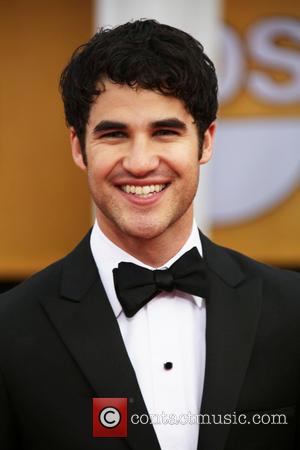 Darren Criss had a birthday to remember on Tuesday (05Feb13) as his fans hired a plane to fly over the Glee set and send their best wishes to the actor.

The star turned 26, but his busy schedule for the hit U.S. show meant he was at work on his big day so his loyal followers arranged a special surprise for him.

A plane flew across the Los Angeles set with a banner stating, "Happy 26th Darren Criss, The Sky's The Limit" - and the actor was overwhelmed by the extravagant gift.

In a video message to fans, he says, "I've seen some crazy things in my life, but this is probably one of the craziest, that is insane. That is really an amazing gesture. Thank you from the bottom of my heart all of you who put that together, that's wild. They let me out from rehearsal just so I could see that with my own eyes. Thank you so very much, I am without words."

And in a post on his Twitter.com page, he adds, "What an unexpected and unbelievable birthday present. Thank you so much for all who made it happen."

He later declared, "To my GleeonFox (sic) family, it's been a really great birthday - big thanks for making it so nice to be at work today."