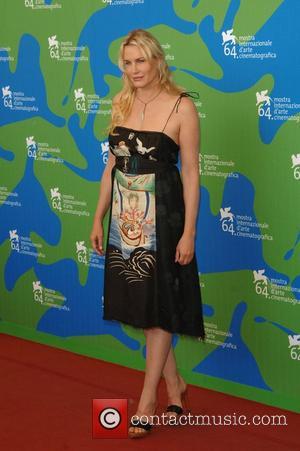 Statuesque actress Daryl Hannah had such a bad experience making her 1987 movie Wall Street with director Oliver Stone, she refuses to watch the film.

The SPLASH beauty and Stone fought so much on the set of the movie, she has yet to sit down and watch it - 18 years after it hit screens.

She says, "I never saw it because I had kind of a rough experience when I was making it. Oliver Stone and I - actually I'm okay with him now - but at the time we had kind of an unhealthy relationship.

"He can be a bit of a misogynist sometimes and so I just didn't decided I didn't wanna relive that experience, so I haven't seen it. But at some point I'm sure I will.

"(Film is) a collaborative medium. Sometimes you hook up with people you don't collaborate well with. For the most part, that doesn't happen, but occasionally it does and people's intentions may be at opposition to each other... I generally get along with everybody pretty well."