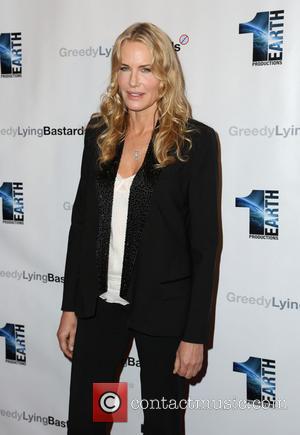 Daryl Hannah and Mia Farrow are among the stars who have reached out to Nelson Mandela and his family after it emerged the former South African leader is in a critical condition in hospital.

Mandela, 94, has suffered failing health over the last few months as he battled a recurrent lung infection, and he has been under the care of doctors at a medical centre in Pretoria since 8 June (13).

However, his condition deteriorated over the weekend (22-23Jun13), and the country's current President Jacob Zuma revealed on Sunday (23Jun13) that Mandela is now critically ill.

The news has prompted an outpouring of love and support for the civil rights icon, with a number of stars expressing their sadness via social networking websites.

Splash star Hannah writes in a post on Twitter.com, "Love him... & strength love (sic) to him & his family," while fellow actress Farrow offers, "Thoughts, prayers, gratitude," adding a famous quote from Mandela: "For to be free is not merely to cast off one's chains, but to live in a way that respects and enhances the freedom of others."