Orange Is The New Black Star Dascha Polanco Is Terrified About Her Upcoming Big Night At The Latin Media Awards After Learning She'll Be Honoured With The National Association Of Latino Independent Producers Coveted Lupe Award. 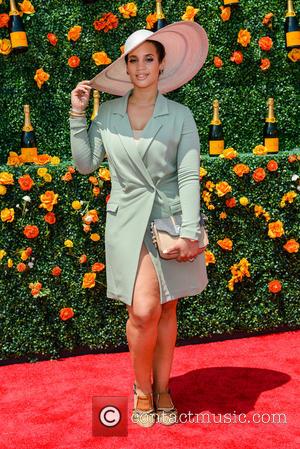 The Dominican actress admits she was completely humbled and floored when she discovered she was this year's recipient and she confesses the gala at the W Hollywood Hotel in Los Angeles on 27 June (15) is an event she's unprepared for.

She tells the Latin Post, "It makes my stomach get full of butterflies because... I don't feel entitled, and at times I feel like, 'Why am I getting this?' Sometimes I feel like I don't deserve what I am getting.

"It's an honour to be acknowledged, especially to be acknowledged from your own people. I try my hardest to work hard and represent my Latino culture, to be the best at whatever I put my mind to, and, to be rewarded at this point in my career, it's a an honour. I am humbled by it and I am so thankful for it."

Past recipients of the coveted Lupe Award, named after late actress and activist Lupe Ontiveros, include Raul Castillo and Jane the Virgin star Gina Rodriguez.