Wrestler-turned-actor Dave Bautista Is Hoping His Critics Will Be Lining Up To Apologise For Questioning His Casting In New Bond Movie Spectre Once They See The Film. 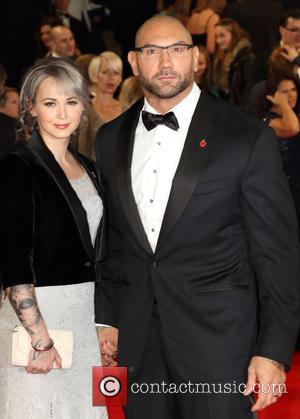 Daniel Craig's fourth outing as the superspy hit cinemas in the U.K. on Monday (26Oct15), but Bautista's role as henchman Mr. Hinx has previously raised eyebrows among many commentators who fear he is too inexperienced for the part.

However, Bautista is adamant he proved his acting chops in 2014 superhero movie Guardians of the Galaxy, and predicts his doubters will be desperate to say sorry when they watch Spectre.

Speaking at the premiere of Spectre in London on Monday night, Bautista insisted he was most concerned with not harming such a prestigious movie with a poor performance, saying, "That's what I'm afraid of. That's one of those questions you can't really answer... I'm waiting to hear the feedback.

"With Guardians of the Galaxy, I got a lot of people who didn't want me to have the part before we filmed, and after the film was released, the guys were behind me and they supported me. I even had a few apologies, they were sorry. I hope this will be the same thing because I don't want to be the guy that's messing up James Bond. I hope they'll be happy."