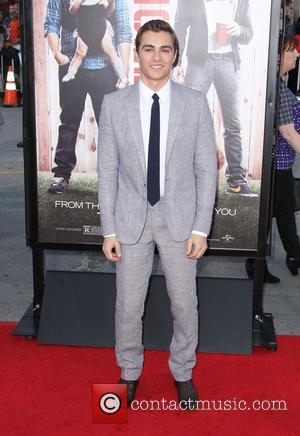 The young star, who is James Franco's brother, was preparing for the butt-baring scene when he noticed a blemish on his backside just before he was about to disrobe.

He explains, "I was pretty nervous for the scene. I had met the girl the day before and she was, like, beautiful and very sweet, but it's awkward... you have, like, 20 crew members who are watching you do it.

"I woke up that morning and I had a giant pimple on my a**. It sucks... I had to go to the makeup artist... and be like, 'Could we go into the other room and put makeup literally on my a**?'"