Dave Grohl says making Foo Fighters' new album and documentary series allowed them to explore the ''musical history'' of each city they visited. 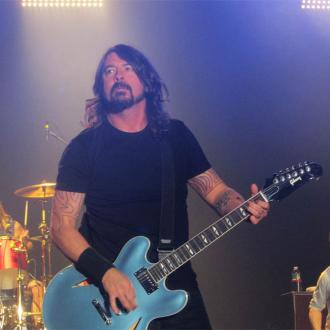 The 'Monkey Wrench' rockers have travelled to various cities in the US to record tracks for their new album 'Sonic Highways' - with the process captured in an accompanying TV series with the same name - and the 45-year-old singer tried to explore the musical history of each area in the process.

He said: ''Basically, the process is we come to a city and we spend a week and we start recording an instrumental, because I interview all of these different musicians from that city.

''I talk about the regional relevance of the music from that city, the cultural influence, that 'made-for-the-sound' of the music.

''There's no way that you can tell the history of a city's music in one hour, so we have to do it in a way that relates to the band and goes from point A to point B and becomes a song.''

Dave thought travelling to record the album would make things more interesting than just being based in one recording studio.

In an extended trailer for the 'Sonic Highways' TV series, he said: ''I thought rather than just go into a studio and make another record, we could go all over the country and make a record where each song was recorded in a different studio.''

A number of guests appear on the show to talk about their hometowns and occasionally jam with the rockers, and the trailer showed these include Willie Nelson, Public Enemy's Chuck D, Dolly Parton, Queens Of The Stone Age rocker Josh Homme - who Dave plays with in supergroup Them Crooked Vultures - Coldplay frontman Chris Martin, Kiss' Paul Stanley, the Black Keys star Dan Auerbach, Pharrell Williams and Mike D of the Beastie Boys.

Each episode of the eight-part series features a new city and song, and ends with a performance of the track.

Dave's bandmate Pat Smear says they chose to visit Seattle, Los Angeles, Chicago, Washington, D.C., New York, Nashville, Austin and New Orleans because they all had significance to the band.

He said: ''Mostly we wanted to pick cities that meant something to us.''