Rocker Dave Matthews Stunned A Female Fan In Atlanta, Georgia On Monday (01jun15) By Pulling Over Her Car To Ask For Advice On The City's Best Bars. 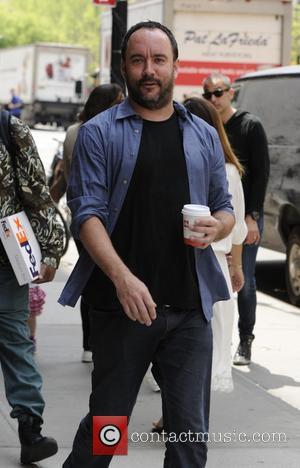 The Dave Matthews Band star spotted a bumper sticker of the group's logo, which features a fire dancer, on the back of the superfan's Sports Utility Vehicle (SUV) and decided to tap on her window while they were stuck in traffic to find out where he should go for a drink.

The surprised woman recalls freaking out at the sight of her rock hero, exclaiming, "Holy s**t!! Dave Matthews' face is in my car window!", and she immediately agreed to pull over to share her bar tips with Matthews, sending him to a venue called Article 14, reports TMZ.com.

Matthews and his band were in the city after performing at Atlanta's Aaron's Amphitheatre on Saturday (30May15).