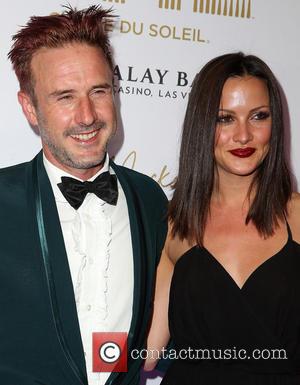 He popped the question at sunset at a Malibu ocean-view restaurant on Tuesday (July 1st), and presented McLarty with an engagement ring that featured a large blue center stone.

"He wanted his family to be with him when he did it," a source told People Magazine, adding that "they are going to vacation in Aspen to celebrate."

The newly engaged couple welcomed their son Charlie West on April 28th, in Los Angeles. At the time Arquette's rep said "Mom, dad and baby are doing well, they appreciate all of your well wishes and thank you for respecting their privacy at this time."

The 'Scream' actor and McLarty announced the pregnancy news last November (2013), and one month prior to this, the new mother gushed about the status of their relationship. "We are totally happy and together in love," she said.

Courteney Cox revealed the gender of her ex-husband's baby while appearing on 'The Ellen DeGeneres Show' this past January. "They're going to have a baby boy," the 'Friends' star revealed. "I hope I'm allowed to say that."

When speaking of becoming a father for a second time, Arquette seemed confident in what to expect.

More: David Arquette gets along with Johnny McDaid

"I've done it once so there's not that fear that a first-time parent has because you just don't know what to expect," the 'Scream' actor told People back in January. "You have to have a lot of faith that you will be able to keep them safe and not mess them up too much." McLarty and Arquette are now engaged! 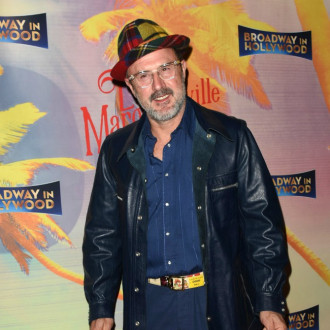