'Scream' actor David Arquette has revealed he cried after he slept with another woman following his split from his wife Courteney Cox-Arquette. 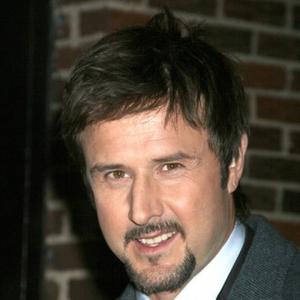 David Arquette cried after he had sex for the first time since separating Courteney Cox-Arquette.

The 'Scream' actor - who announced he had split from his actress wife, who he has daughter Coco, six, with, earlier this week - broke down in tears after sleeping with another woman, because it made him understand "the intimacy he shared" with Courteney was over for good.

He told radio DJ Howard Stern on his show: "After the first girl I slept with, a few days later, I was, like, crying. It was the end of all the intimacy I shared with my wife. It was like a new thing. It was like putting that away.

"It lacked that emotional love that I always had with Court."

David recently admitted to sleeping with a waitress, but also hinted he had someone new in his life, a blonde Australian woman he met in the Hollywood Roosevelt Hotel.

Despite being open about these new romances, David also claimed to be "still f*****g in love with my wife".

The 39-year-old actor was later interviewed on 'LIVE! With Regis and Kelly, where he spoke out about how he had remained faithful to Courteney during the whole time they were together.

He said: "I was faithful to my wife for 11 years. Completely devoted."

The couple didn't have a pre-nuptial agreement, and if the divorce goes ahead, David could be entitled t half of her estimated $100 million fortune.