The natural historian is passionate about preserving Earth's wildlife and nature

One of the most revered opinions on the state of the natural world has insisted he still has 'hope' for the state of the planet. However, legendary natural historian, David Attenborough, implored humans to turn their gaze away from themselves and look again at helping protect the Earth and its animal inhabitants.

Speaking on the Arts Hour on BBC radio, the Blue Planet and Dynasties narrator was asked whether society would exist on Earth in just a few hundred years.

East Devon District Council apologised after one of its workers destroyed an entire nine-acre meadow after he "misunderstood" instructions.

A local council has been forced to apologise after one of its workers accidentally destroyed an entire meadow that was being used as part of Sir David Attenborough’s ‘Big Butterfly Count’.

A council worker was asked to mow a section of pathway on a wildflower meadow known as The Knowle in Sidmouth by East Devon District Council. However, he proceeded to cut down the entire nine-acre site instead, having apparently “misunderstood” his instructions.

In a statement made on Thursday (August 2nd), the District Council said: “We regret that one of our operatives misunderstood the instructions he was given and cut the area by mistake, instead of just cutting some pathways and a flat area to help those using the park for walking through. We agree this shouldn’t have happened and will be taking measures to ensure that this doesn’t happen again next year.”

The much-loved presenter urged people to participate in the ninth annual Big Butterfly Count over the next three weeks.

In our politically divided times, we need people like Sir David Attenborough to remind us that there’s more to life than arguing. The legendary naturalist has done just that, urging people to put their differences aside regarding Brexit and to count butterflies.

The much-loved 92 year old presenter asked the British public to take part in a mass conservation project in their own back gardens, as part of the world’s biggest butterfly survey. He was speaking in support of a new project in which wildlife-lovers can spot and record online the number of different species of butterfly they find.

“I’m asking people to turn their mind away from the squabbles and problems of what is facing us with Brexit, sit in a quiet place where the sun is shining and see how many butterflies come, and count them.”

The band are working with Zimmer on a new orchestral version of 'Bloom' for 'Blue Planet II's preview.

Radiohead have announced that they are teaming up with renowned film soundtrack composer Hans Zimmer to work on the score for the BBC’s upcoming natural history series ‘Blue Planet II’.

The acclaimed English rockers are re-recording their 2011 song ‘Bloom’, from their album The King of Limbs, in an orchestral version inspired by the sounds of the sea for the new Sir David Attenborough-fronted series.

Titled ‘(ocean) bloom’, the piece will be featured in a five-minute prequel snippet that will be released on September 27th. 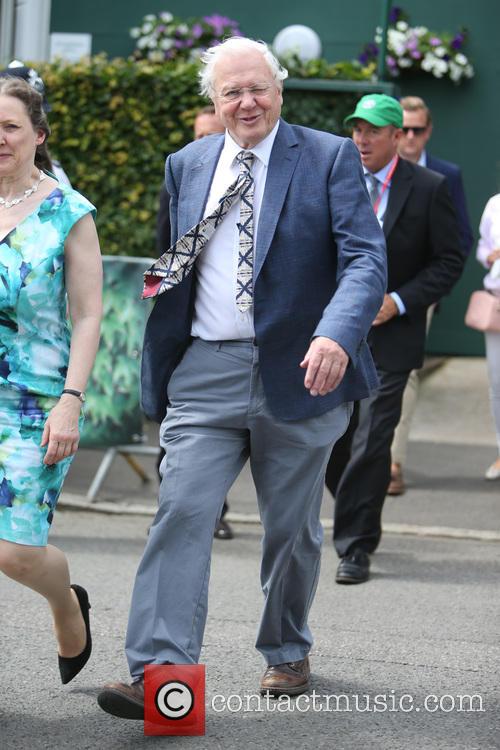 By Charlotte Court in Bizarre / Weird Wonderful on 06 February 2015

Sir David Attenborough has brought education, enjoyment and flora, forna and animal appreciation to so many over his illustrious career that it was only a matter of time before he was recognised by the wildlife he so loves from his own country. Finally that time has come with the British naturalist legend, 88, lending his name to a new plant found in the Brecon Beacons in Wales.

Bjork's fans will adore this film, which captures the last night of her Biophilia world tour with remarkable artistry and an attention to detail. Those who don't know her work might find it somewhat hard-going. Bjork's music is thematically deep and aurally complex, but the songs are often atonal. None are very easy to hum along with. Still, the creative filmmaking offers some ideas for future concert documentaries.

In September 2013 at Alexandra Palace in North London, Bjork gave the final live performance of her Biophilia song cycle about the elements and nature. So it's only natural that the film is introduced with narration from David Attenborough. On-stage, Bjork interacts with musicians Manu Delago and Matt Robertson, as well as a large choir of women from Iceland walking barefoot around her as they sing in eerie harmony. Filmmakers Nick Fenton and Peter Strickland then take the imagery from her video screens and layer it onto the movie. So for much of the film it looks like Bjork is performing on a stage floating in outer space, alongside a gigantic squid or erupting volcano. Then eventually the crowd resolves around her, participating in this celebration of the natural world.

With that Attenborough opening and Bjork's cheeky expressions, there's a nicely witty undercurrent to the whole film. And the cameras capture the performance from askance angles that reveal unexpected things about the amazing instruments Bjork has created with her musicians. Not only do they sound beautiful, but they are just as fascinating to explore with our eyes as the outrageous plasticky onion-white dress she's wearing. Accompanying this is an unusually sharp audio mix that lets us hear every sound. Although this only makes us wish we could understand the lyrics of the songs, which are often strange and moody and hardly seem like songs at all.

Sir David Attenborough is heading back to Australia to explore the Great Barrier Reef. Sir David Attenborough is heading back to Australia

Describing it as the "rainforest of the ocean," Sir David said: "I'm very excited to be returning with all the latest technology and science to see one of the most important places on the planet in a whole new way."

By Michael West in Music / Festivals on 05 September 2013

Bjork brought her Biophilia tour to London this week.

Bjork's 2011 album Biophilia, exploring the relationship between nature, technology and music, was considered one of the better efforts of that year, though the supporting live show appears to have eclipsed it. The show - launched two years ago alongside a series of short-lived apps for iPad and iPhone - arrived at London's Alexandra Palace this week.

It began with a recorded preamble from broadcaster and naturalist David Attenborough, who told the audience they are "on the brink of a revolution that will reunite humans with nature through new technological innovations." Anyone who caught the unlikely duo's Channel 4 documentary exploring music and how it exists in the natural world will have known they were in for a treat.

Everybody knows, Badgers love "Mash por-tatooooe!!" (Not being culled).

If you were a British child growing up in the nineties, you'll realise how exciting the news of the return of Bodger and Badger is.

The ventriloquist actor and his "talking" furry, potato-loving badger companion entertained scores of youngsters through nine series and 10 years from 1989 to 1999 with seemingly endless mashed potato jokes. But the duo's return is underpinned by a more serious note: the two B's have made their comeback in a one-off episode about the planned culling of badgers in Somerset and Gloucestershire - measures that are planned to supposedly rid the country's farms of bovine tuberculosis. Brian May: Part Of "Team Badger." 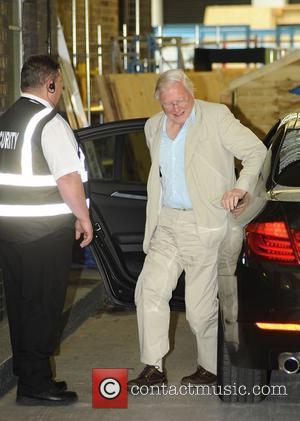 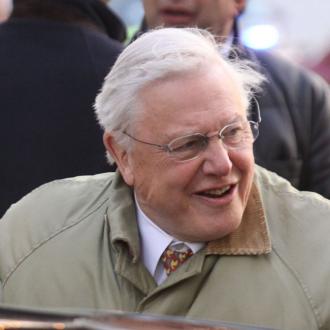 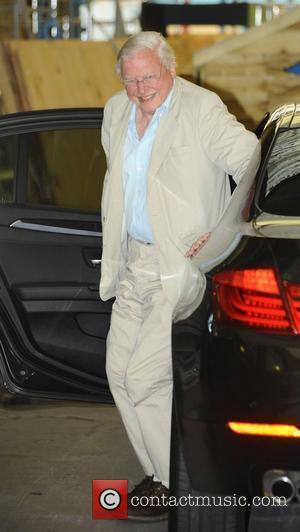 Sir David Attenborough Has Spider Named After Him 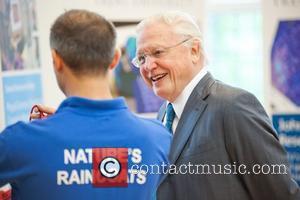