David Ayer has issued his ''heartfelt apologies'' for shooting war scenes for his new movie 'Fury' on Remembrance Sunday (11.11.13). 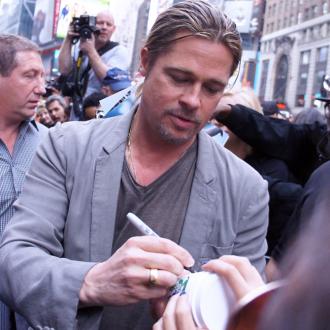 The director has expressed his ''heartfelt apologies for any disrespect caused'' after scenes from the upcoming Brad Pitt movie were filmed in an Oxfordshire village on Sunday (10.11.13), distastefully using extras dressed in Nazi uniform during the special day set aside to commemorate the contribution of British and Commonwealth servicemen in the two World Wars and later conflicts.

Ayer took to Twitter to formally apologise, writing: ''My heartfelt apologies for any disrespect on Remembrance Day. I am a veteran myself. It is an honor to film here in the UK.''

He then retweeted two messages about Veterans Day in the US, which honours those who have served in the armed services and took place on Monday (11.11.13).

Local residents were outraged by the pre-dawn explosions that occurred during filming in the area, which is expected to take place until 15 November.

An extra who was shooting on Sunday told the Daily Mirror newspaper: ''This was grotesquely disrespectful and offensive. I can't believe I wore an SS uniform on Remembrance Sunday.''

'Fury' also stars Jason Isaacs and Shia LaBeouf and is scheduled for release next October.