David Beckham: I don't want to be an actor 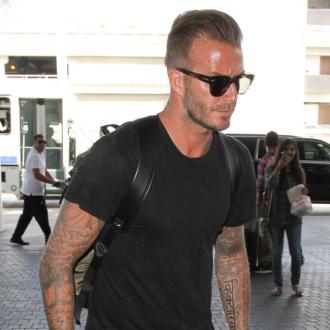 The retired soccer star has recently appeared in the Guy Richie-directed movies 'The Man From U.N.C.L.E' and 'Knights of the Roundtable: King Arthur', but insisted he doesn't wish to become a full-time actor.

Asked if he will be the new James Bond, David said: ''Apparently so. I haven't been contacted yet. That's not something that I want to do.

''There have been people saying this is the launch of my next career, and obviously as a person who has a friend like Guy Richie, he's asked me to be in a few things and I've done it, but just out of fun - I've enjoyed it, but that's as far as it will go.''

Meanwhile, David revealed the best thing about retirement is getting to spend quality time with his family.

David said: ''I will always miss the game because I played for 22 years, and it was all I ever wanted to do as a kid, but it's been a kind of easy transition really, no challenges. I get to spend more time with my family and more time at home.

''I still travel a great deal for work but now I go away for 10 days and then I'm home for six weeks.''