David Beckham 'not serious' about acting

David Beckham says acting is just for fun and he has no intention of making it his new career. 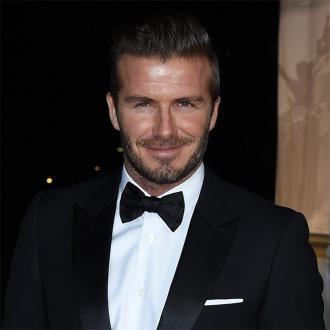 Although the 40-year-old retired soccer star has taken on roles in Guy Ritchie's movies 'The Man From U.N.C.L.E.' and 'Knights of the Roundtable: King Arthur', he insisted he has no plans to making acting his full-time career and he is just enjoying the new experience.

David told MrPorter.com: ''I saw an article the other day that said this is my new career, and it's really not. It's something that I've dipped myself into from time to time, but I only did it for a friend, Guy.

''I did a small bit in 'The Man from U.N.C.L.E.', and I've done little bit more for him in 'King Arthur'. But it's definitely not my new career, it's just fun, it's not something that I'm training to be better at.''

David - who tied the knot with fashion designer Victoria in 1999 after two years of dating - says most of his time these days is spent driving his sons Brooklyn, 16, Romeo, 13 and Cruz, 10 around.

The star, also dad to Harper, four, is equally busy with 7: The David Beckham UNICEF Fund, a charity initiative he calls his ''main focus'' which has projects in seven global areas where life is especially difficult for children.