Recently retired soccer star David Beckham has been tipped for big screen success as he reportedly considers a career in films - with movie mogul Harvey Weinstein predicting great things if he takes the leap. 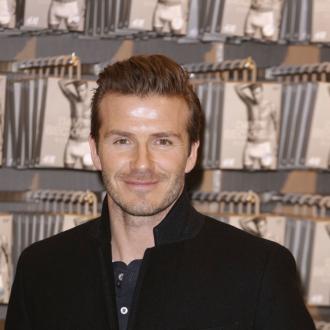 David Beckham has been tipped for Hollywood success.

Movie mogul Harvey Weinstein has compared the recently retired soccer superstar to basketball icon Michael Jordan - who starred in 'Space Jam' in 1996 during a break from sport - and said he could ''do anything he wants''.

''I've known about David for many, many years, way before he even joined the [Los Angeles Galaxy soccer team]. He's the son of Michael Jordan!

''I have only met David a few times but each time I find his talents more and more impressive. I am a real fan. I think he could do anything he wants in TV and film.''

The recommendation follows recent reports which claimed Tom Cruise had promised David he would help his realise his movie dreams.

A source had said: ''David has always wanted to be an action film star, and Tom promised him a long time ago he can make those dreams come true.

''David still loved soccer but feels that now is a great time to transition into film while he's still young enough to land top-notch roles.''