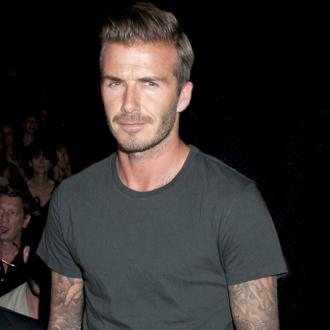 The 37-year-old soccer ace - who is famous for his golden locks and varying hairstyles - topped a poll of celebrities who most inspired British men's own hairstyles, beating out the likes of Take That star Gary Barlow and 'Twilight Saga' actor Robert Pattinson to take the crown.

John Vial, creative director of Fudge - the official hair care partner to London Collections: Men (7 - 9 January), who commissioned the survey - said: ''From Kevin Keegan's perm to George Best's sideburns, footballers have always been powerful when it comes to influencing the hairstyles of the nation's men. It's no surprise that David Beckham is the modern man's hairstyle icon; his versatile styles are ultimately achievable by the man on the street. As a family man, a man's man and ladies' favourite, Beckham is always going to be aspirational.''

Bradley, 32, fended off competition from Brad and One Direction heartthrob Harry Styles, indicating that his famous sideburns may be catching on with the male public.

John added: ''It's no surprise that Bradley's mod cut has out-styled the likes of Harry Styles and Brad Pitt. The man of the moment's influence on the hair of the nation confirms that when a sportsman endorses something, it automatically makes it more masculine and ultimately, desirable. ''

The research further revealed that a quarter of British men have secretly used their partner's hair products and they spend an average of 24 minutes perfecting their hair for a night out.

One third of men also admitted they are more concerned about going bald in their old age than getting wrinkles, grey hair or a beer belly.